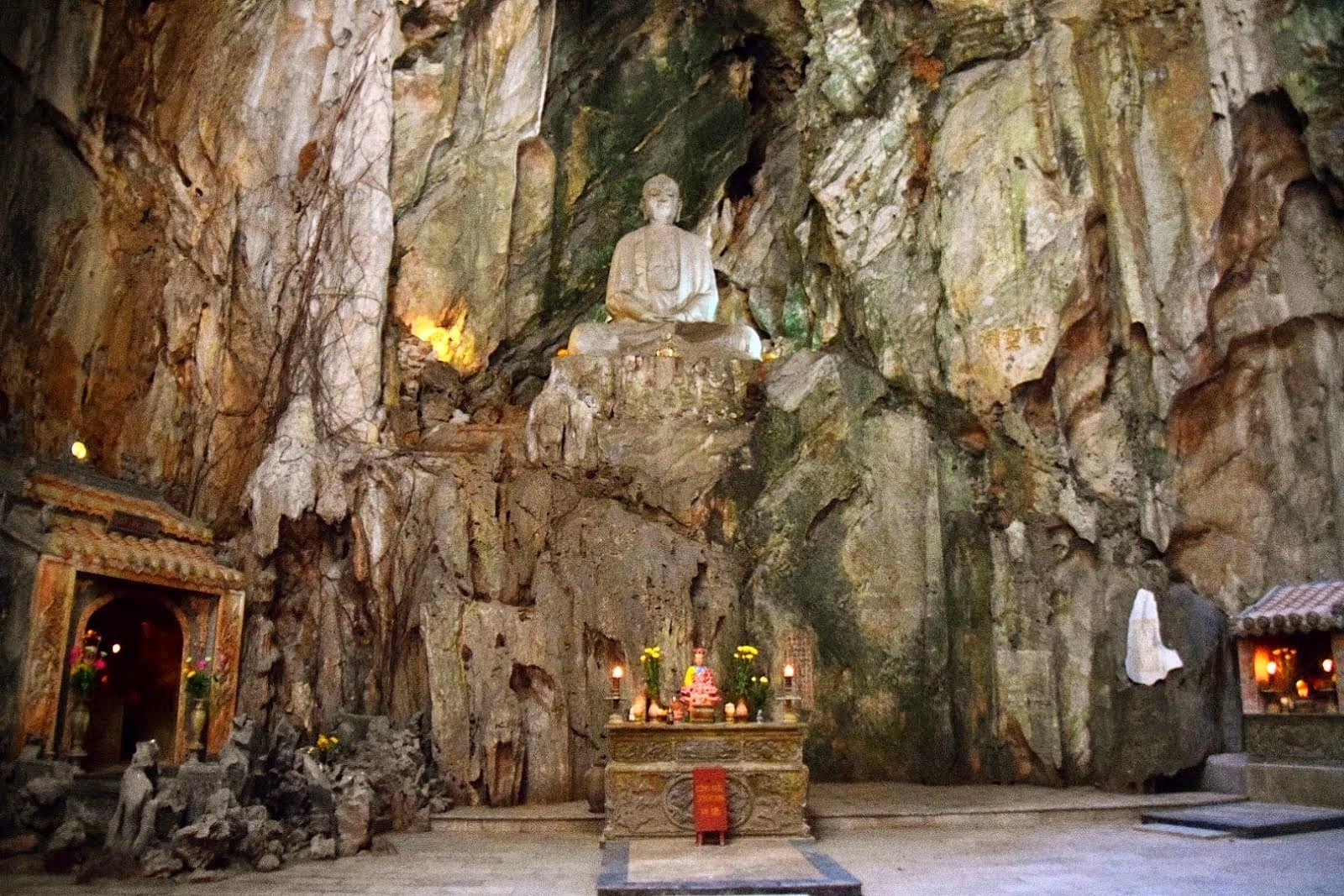 The mountains contain numerous tunnels and cave entrances, most accessible for guests. Several Buddhist sanctuaries can also be found within the mountain and it is also possible to climb to the top of Mt. Thuy, where you will find a fantastic panoramic of Da Nang and the surrounding areas. Thuy Son (Mt. Thuy) is the largest and most famous (and also the only one available to visitors) of the 5 Marble Mountains, which has a gate at the top of the stair case named Ong Chun that leads to the famous Linh Ung Pagoda. It has 156 steps leading up to it and through here you will find caverns that contain several Buddhist and Cham Carvings. There is an additional flight of steps that lead up to another cave partially open to the sky with 2 Buddha seats inside. The mountains also contain Huyen Khong Cave, a large cathedral-like cave lit by the sky with 2 spectacular guard statues at the entrance. There is also a main elevator available for those wanting to avoid the steep steps. 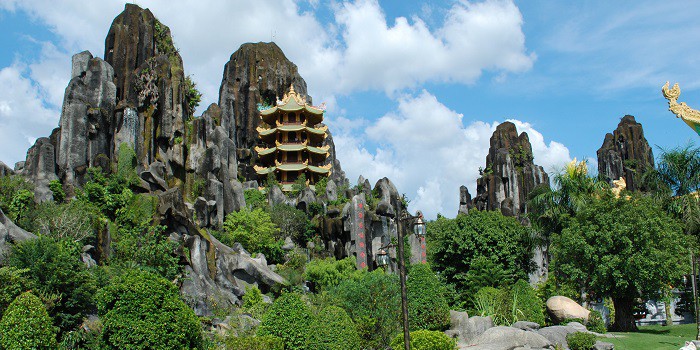 At the base of the Marble Mountains, there are villages that specialize in marble sculpturing, with anything from large work on display to small handheld souvenirs. However, the majority of the marble that is used for this work is imported from China, in an attempt to preserve the original structures of the mountains. Also scattered amongst the area are Confucian shrines interestingly covered with inscriptions. 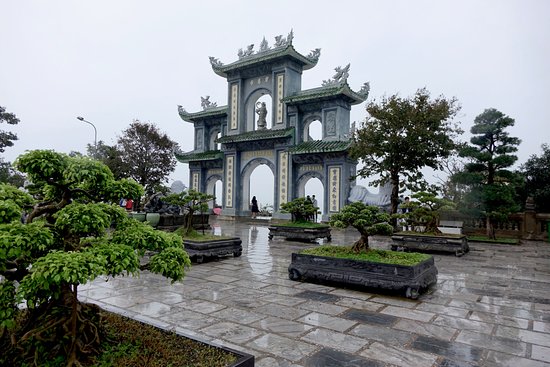 The Marble Mountains are open from 7:00 am – 5:30 pm and entrance is merely 15,000 VND. Tour guides are also available for those wanting to learn about the history revolving the mountains, which can be booked online or upon arrival to the mountains. 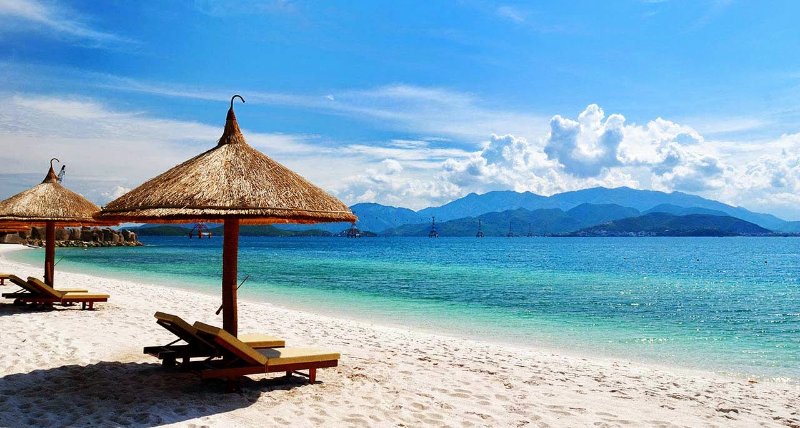 My Khe Beach
My Khe Beach is a beach located in Da Nang, Central Vietnam. It sits about...

Hai Van Pass
Located along the central coast of Vietnam, the Hai Van Pass is situated on... 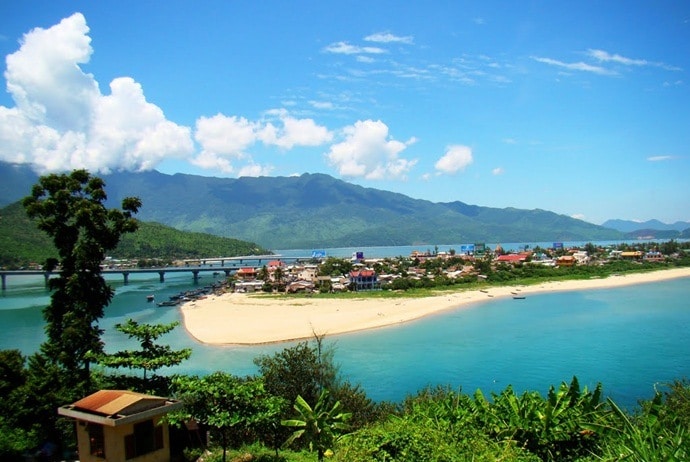 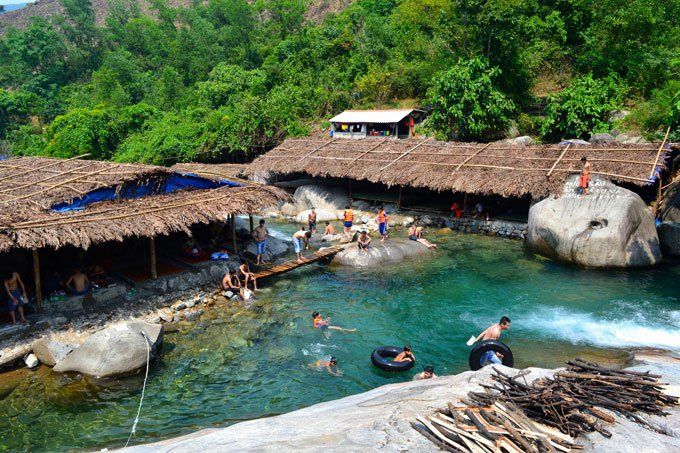